Sometimes the Best Stories Happen Behind the Scenes! (Notes from the Field #1) 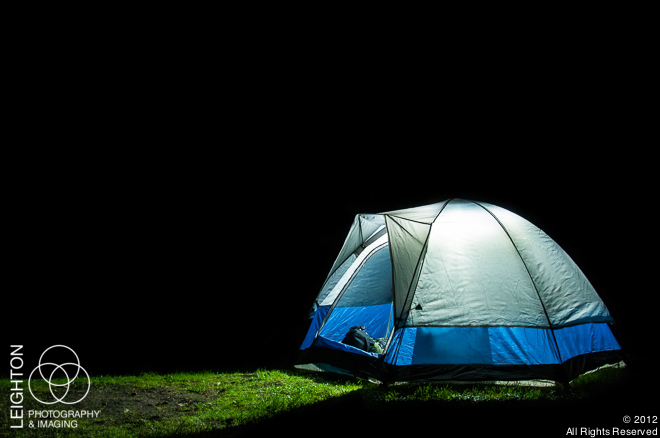 Just broke camp after a great night of sleeping among the evergreens in a forest next the the rocky coast.

I awoke at midnight, realizing once again I was underprepared for a chilly Fall Pacific Northwest equipped with the same usual camp gear I’ve been using for the past decade in South Florida. My sleeping bag that I once considered way too hot to ever be used at all felt like nothing more than a tissue. My only blanket is an old Mexican blanket I picked up in the Yucatan Peninsula when I was a teenager, and is still the warmest blanket I’ve ever owned. Instead of keeping it on top of me, I have it below me as the ground is so cold. I managed to get another hour of drifting in and out before I finally decide that six hours is plenty of sleep and it is time to eat and start getting into position to photograph the new day.

My Tent in the Middle of the Night

By 2am I’ve got a mug of hot strong coffee and a steaming pot of potatoes with Tapatio hot sauce rocking. Now I am feeling warm, rested, somewhat philosophical, mindful, and in the present. The sound of the Pacific Ocean’s surf blasting the rocks becomes a steady rhythm as I stir the pot and sip my coffee. Occasionally there are explosive eruptions of barking from the several hundreds of sea lions I saw some eight hours before about a mile away. There is a steady moaning out in the distance that baffles me. No idea what it is, but it sounds like an organic tugboat. Do whales make noises like this? Elk? Definitely not a horn or boat. It continues all night, and is somewhat soothing. When I was going to sleep it was a nice counterpoint to the nearby owl, the semi-distant owl, and the ever-pounding surf. I was asleep in less than a minute.

A twig snaps. A low hiss. Rapid miniature footsteps exactly like they were in the Everglades and nearby areas of my childhood. The camp raiders have arrived just in time for breakfast, and I’m ready for them – unlike last time when a carefully prepared spicy Moroccan dish completely disappeared before I had my first bite. I’m not going to let these raccoons make me go hungry this time.

There are three of them, and as far as I can tell, it looks like a mother and two nearly full grown kits, faces peeking out of the wet bushes. They look very healthy with super-thick coats and lots of contrast between the lights and darks in their fur. I only mention this because the Florida raccoons are not so strikingly marked, and even the bands on the tails can be a kind of muted gray-brown. These are dark black with pewter gray/silver. Just beautiful. I watch them with a flashlight and continue cooking.

(Image as caught on iPhone at night)

As a kid, I absolutely loved nature shows and documentaries, and particularly those with wild animals – especially if they were things that were familiar to me in the sense that I could actually go outside and see them. Not on some exotic continent, but in my backyard or at least in my state. One of the things that always turned me off, even as young as elementary school was when the narrator would personify them and give the animals cute names. Gag! So corny and cheesy that I would get so distracted by this that the rest of the dialogue was lost to me. I can understand the need to identify individuals when talking about them, but “Boots”, “Ranger”, and “Sneakers”? Barf!

I have my own naming system. It’s more or less impersonal. The big one is Parent, female. The kits are Alpha and Beta. The mother raccoon is very bold. I’ve spotted her a couple of times as close as six feet away. The kits are side by side in the undergrowth in the trees, one somewhat bigger than the other (guess which one is named what). I’m already eating at this point. And fast, because these wily animals will distract you and steal from right under your nose, and I know this raccoon game. All the food items are in a plastic cooler right front of me and my hand is on the lid.

Cool! The youngsters are getting closer! They are about eight feet away and they are beautiful! I’m fumbling around with my iPhone trying to get some pictures of them. I already got some of the mother, so it would be nice to get some of the other two. A little closer…… a little more closer….. almost…….

Bam! Frantic running through the foliage and one of my cooked sweet potatoes is gone from right in front of me! While I was looking at her babies, the mother went right into my cooler at my elbow and nabbed my lunch I was going to have later today! What the hell? And where did my corn on the cob go? Is there a fourth thief I didn’t see?

I wolf down the rest of my food while I still can and start laughing. These raccoons are smart, and when working in packs – no food is safe. This is a very good mother, and she is teaching her offspring well.

Finishing breaking camp, and off I go.