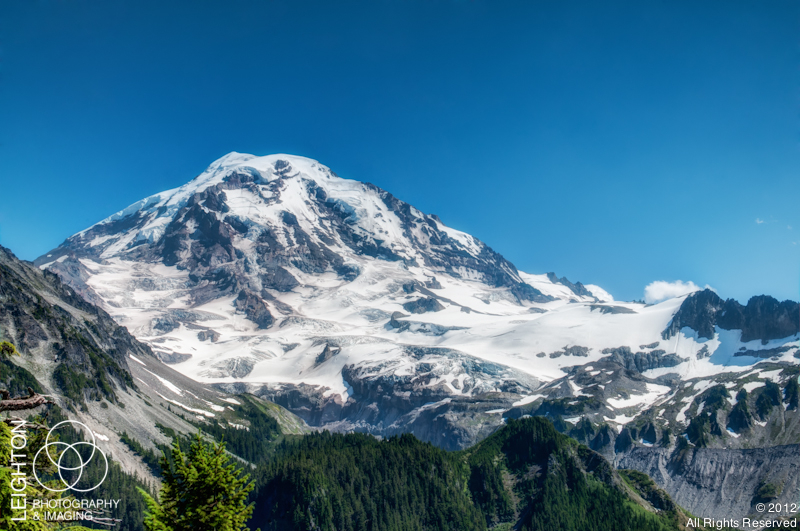 It’s not everyday I come in from a shooting venture and return so excited that I pick the shot, clean it up, and blog about it immediately. Ok – that never happens. But this time it did, and for good reason. I’ve fallen in love with Mount Rainier. It’s replaced the Florida Everglades for me, and I’ve been so careful in getting this glorious active volcano (yes, it is) on camera perfectly that I’ve never shared any image of it until just now.

Today I had no plans, but woke up early and upon reading a few blogs of hikers in the area, I was suddenly inspired to head out the door and make the quick trip south to try out a new route.  I aimed for Mowich Lake on the north side of Mount Rainier National Park and from there, ditched the car, loaded up my gear and tripod then set out on foot. Today I saw my first ever lynx (it was too fast to get a shot of), seven species of orchids – one of which was new to me (Piperia candida), loads of Douglas tree squirrels, chipmunks, and even some sort of frantic vole. That said, I was there and back in about six hours and came home with quite a few keeper shots, this one being the first: Mount Rainier photographed at about 4800 feet from just above Spray Creek on the northern face of the mountain.